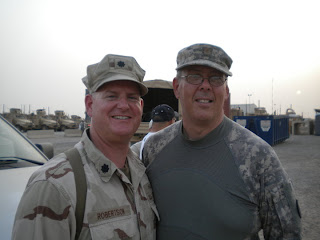 I have a good friend who is stationed in Iraq. He sent me something that is just pretty darn cool. He has been stationed in Camp Bucca, Iraq. He has been there since January and is there for a year total. I do on line radio and I interviewed him and his good buddy, Greg a few weeks ago. As a thank you he sent me this really sweet t shirt. Jim, I love it.. thank you so much! You SO ROCK! (Even tho you kept teasing me about your Penguins Hockey Team.. pfft LOL) He and I go round and round about the Detroit Red Wings and the Penns – both being hockey fans but of rival teams. (See a previous post where I had to wear his Penns jersey because I lost a bet.. !)

PS.. I loved the designer envelope it came in.. made me giggle! Be safe! 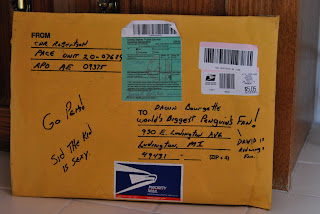 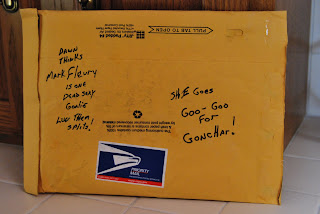 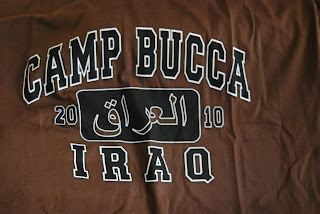